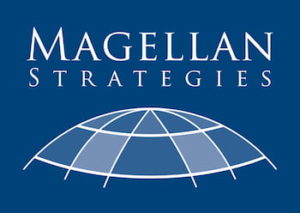 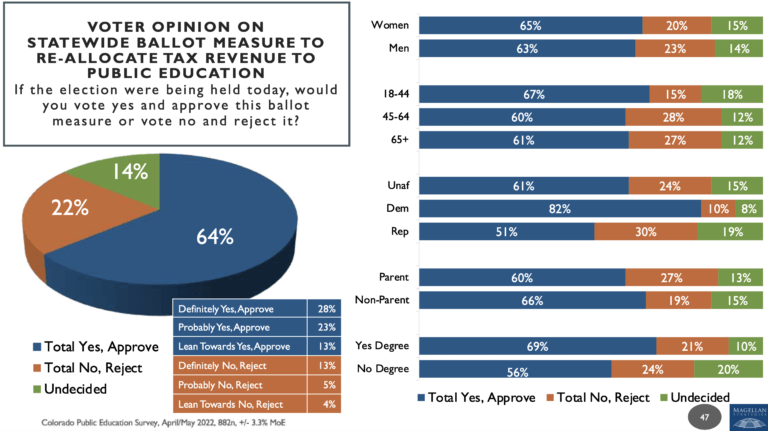 Something happened this week that was a historic and tragic event for Colorado public school students and teachers. Unfortunately, the campaign for the statewide ballot measure, Initiative 63, was unable to submit enough signatures to earn a spot on the November ballot.

Why is this so tragic?

It’s tragic because Initiative 63 would have created an estimated $980 million dedicated funding source for Colorado public education. It’s tragic because Initiative 63 didn’t raise taxes and would have been approved by voters. It’s sad because the $980 million dedicated funding source would have been protected from being diluted, reduced, or redirected by future Governors, state legislatures, and TABOR refunds.

Let me tell you why.

First, our survey, which interviewed 882 Colorado voters in early May, measured voter support for Initiative 63 at 51%. After including voters who “lean toward voting yes,” support increases to 64%. Another 880n sample survey conducted by Tulchin Research measured voter support for the ballot measure at 51% without leaners and 56% with leaners. Finally, a third 800n survey, conducted in February by well-known Colorado pollster Keating Research measured Initiative 63 support at 55% without leaners and 62% with leaners.

To summarize, three unrelated surveys, with three large sample sizes, conducted by three respected polling firms indicate an excellent probability that voters would have approved Initiative 63. As a voter opinion research professional, I know you can’t get the stars to align any better than that.

That is why I consider Initiative 63’s failure to make the ballot a tragedy. A $980 million annual dedicated funding source for Colorado public education just passed us by. However, looking ahead, voters could and should be given a chance to pass a ballot measure like Initiative 63 in 2023 or 2024. We will see.